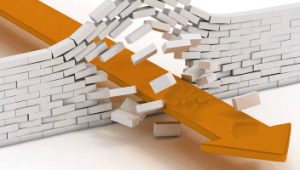 As many of you have no doubt noticed, Autodesk has released AutoCAD® 2017. By and large, CADWorx users generally take a slower approach to installing new versions of AutoCAD, but there are a few early adopters out there that might be interested in getting a jump-start on this new version.  Some CAD Admins are also looking to begin a testing process to vet AutoCAD® 2017 against their existing systems and software.

As of this writing, CADWorx is not compatible with AutoCAD® 2017. You can install it on your system for testing, but we’re going to have to wait for the CADWorx compatibility release which is usually out by the September Timeframe. Please note that we actually find this to be a good thing since by September AutoCAD SP1 is usually released!

As a reminder, all new sales of AutoCAD® licenses are subject to Autodesk’s subscription-style pricing model, so if you did not get your standalone licenses prior to the cut-off date, you’re going to find the licensing to be a bit different.

Autodesk has an informative page on their website that details the different feature sets of the latest versions of AutoCAD®. If you are still running an older version of AutoCAD®, please take a look, as many new features and enhancements have been added in the last few years. ECE Design is committed to keeping up (and ahead of) the latest software versions and features and will continue to offer guidance and support on how best to integrate these features into your existing workflows.

Finally, for those of you who do non-CADWorx CAD, take a look at BricsCAD!

As most of you have heard by now Autodesk® has moved to a Desktop Subscription Licensing Model.  It’s a fancy name for “Leasing Only/Subscription Only” or as I like to call it “Right To Use” Licensing.  Basically, you no longer own the software and you are paying monthly or annually to use the license.  If you fail to pay then the license shuts down!  Vanilla AutoCAD® and the Verticals have already moved to this Licensing Model and the Autodesk® Suites are in the midst of transitioning.

On one hand, Autodesk® is communicating the following benefits to the market:

On the other hand, we have all heard the message from our AutoCAD® dealers to “Buy Perpetual Licenses Now” because over the long term they are more cost effective.  Very suspicious to say the least.

As the Number 1 CADWorx Dealer, we realize our CADWorx customers are tied at the hip to AutoCAD® for their Plant Design Projects. However, we also know our customers do more than just Plant Design!

With that in mind, ECE Design has partnered with Bricsys to offer BRICSCAD!

Based on the Open Design Alliance Teigha® Platform (OpenDWG), BricsCAD is a full-fledged 2D & 3D CAD software program that offers professionals one of the most advanced and intuitive drawing and modeling solutions on the market.

Add in its low price point and BricsCAD is beyond any other AutoCAD® alternative and AutoCAD® itself in some respects.  Available in two main editions and open to third-party developers (with a fully implemented API), BricsCAD is the CAD solution you have been searching for to replace your AutoCAD® seats that now require the Desktop Subscription Licensing mandated by Autodesk®!

View our new Product Pages or Contact Us for more information