I have been troubleshooting HASP issues for quite some time and one of the biggest problems I’ve seen in the past is when the license manager issues a license to a user and it won’t release it.  The issue occurs very infrequently but when it does our main focus is to get the licenses back into production – not troubleshoot. All things considered, the quickest way to get the license(s) released is to restart the License Manger Service on the server.  This method reclaims all the licenses but the problem is that anyone currently in CADWorx gets “kicked off”.  Not the optimum method for retrieving 1 out of 20 licenses!

Today, we saw the issue occur at a customer and we had some time to troubleshoot.  When we inspected the key with the AKS Monitor, it showed a few licenses timed out at zero seconds but not released from their respective machines.  After doing some detective work, it now appears that the licenses are just not being released properly by the CADWorx Workstation.  Instead of restarting the license manager – in effect kicking everyone off – just restart and shutdown CADWorx/CAESAR II on those machines indicating a zero timeout and still holding a license.  This process releases the license properly and frees it up for someone else.

Thank you to Gary K. for figuring out this long standing issue!

Call us about our Worx Plugins for AutoCAD Plant3D® and CADWorx®. Increase Production! 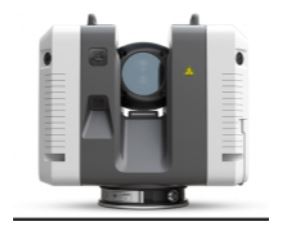 Want to learn what it would take to get into laser scanning? Do you want to see the hardware in action? Stop by to see a plant scanning workflow to get real CAD deliverables from[...]
Mar
4
Wed
2020
11:45 am Webinar: Spool verification with...
Webinar: Spool verification with...
Mar 4 @ 11:45 am – 12:15 pm
Detecting problems from spools that were prefabricated can be a difficult task.  With recent technology developments in the field of laser scanning we now have the capacity to better detect and react when issues occur.    Join us for our next[...]
View Calendar
X